Up to 200 models + 75 photographers + 40 magazines + many of the industry’s top professionals from all around the world come together for “The #1 Career Launching & Networking Event” in the industry.

One event. One week. Thousands of images. Hundreds of publications. Countless opportunities.

What used to take between 5 to 10 years to accomplish in the modeling and photography industry is now wrapped up into 7 full days of non-stop fun, shooting, networking, learning, growing, improving and believing. At The IBMS, hundreds of industry professionals have the once in a lifetime opportunity to gather, network, create opportunities, build portfolios, sign with agencies, shoot with magazines, walk in fashion shows, enhance, expand and launch careers, build life-lasting friendships and so much more.

Whether you’re an experienced industry professional or if you’ve never had a photo shoot, there’s a place for you at The IBMS. Family members, spouses, significant others, friends and fans are all welcome, too!

40 magazines will be accepting submissions exclusively from this event.

12 of these magazines will be publishing “Exclusive IBMS Issues” that will only feature content exclusively shot during this event. By attending, your chances of being published and getting discovered are heightened significantly. We work very closely with major publications who source their models and photographers directly from our events. We are proud to say that nearly 90% of the models and photographers who have attended an IBMS event have been published in national and international print and online publications. You can find images captured at IBMS events on the pages of Maxim, FHM, Playboy, Sports Illustrated, Vanquish and countless more.

Will you be the next “Miss IBMS?”

Past “Miss IBMS” title holders are now traveling the world living their dreams and have been featured on the covers of Playboy, exclusively in Maxim, FHM, Esquire and countless other magazines. They have appeared in television commercials, become spokes models for numerous companies, signed contracts with numerous swimwear companies and have become some of the most sought after models in the industry. Our International Finals competition is open to all models. Models have traveled from as far as Australia, Czech Republic, Japan, Iceland, the Netherlands, Canada, France, England and around the globe to compete for the title of “Miss IBMS” and an opportunity to skyrocket their modeling careers.

What people are saying... Login to rate
Sort by:

Be the first to leave a review. 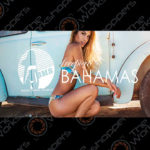 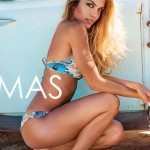